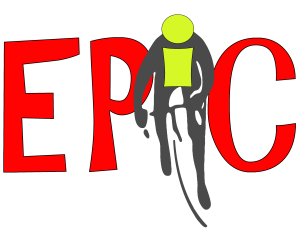 Together, It can be done, Let's End Diabetes Next.

..”Polio, or poliomyelitis, is a crippling and potentially deadly infectious disease. It is caused by the poliovirus. The virus spreads from person to person and can invade an infected person’s brain and spinal cord, causing paralysis…” more

“Though the Polio Plus program started in 1985, Rotary began the fight against polio much earlier. In 1979 Rotary members began a multi-year program that immunized more than 6 million children in the Philippines against polio (Rotary.org).”

“… Rotary’s dedication to the global eradication of polio has remained constant. 2015 marks the 30th anniversary of Polio Plus and three decades of progress and challenges the program has faced.”

“In 2007 Rotary entered into a partnership with the Bill & Melinda Gates Foundation, which issued Rotary a $100 million challenge grant to raise funds for polio eradication. This partnership continued to grow, and in 2013 the Gates Foundation offered to match Rotary’s contributions for polio eradication 2-to-1 for five years (up to $35 million per year).”

“As of February 11 (2015), Africa had no new cases of wild polio virus in six months, though the continent must mark three full years without a new case to be officially declared polio-free by WHO. Until polio is stopped in the remaining endemic areas, all countries must maintain high levels of surveillance and immunization rates to rapidly detect any importation of the poliovirus and minimize its impact. Now that 99 percent of the world’s population lives in regions certified polio-free, the goal of eradication is closer than ever.”

Thanks to Rotary and its partners (CDC, WHO, UNICEF and Bill & Melinda Gates Foundation) for launching and continuing the Polio Plus® global program aimed to eradicate polio.  After many decades of this effort, we are winning the fight.  As Rotarians, we should be proud as today only 2 countries (Afghanistan, Pakistan) remain where polio is still endemic.  There’s much work to be done!

Learn more about the History and the work of Polio Plus… more.